My aversion to paying for anything software related results in countless hours scouring the internet for useful FREE software. Each of the programs listed below not only rock but are absolutely free, however, it would be nice if you threw a couple bucks at them if you appreciate their efforts.

Came across a great anti-malware program, not by mistake. Just so you know, my internet surfing behavior could be described as daring, controlled recklessness or idiotic. The fact is, I’m convinced I can fix anything computer related, real or imagined, and I’ll die believing that, regardless of the veracity of the sentiment. 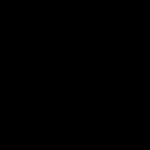 My admitted unsafe internet surfing practices led to infection by a nasty little trojan. After 2 minutes of googling, I found Malwarebytes.org which erradicated the infection. I had to run it 3 or 4 times, but it did the job.

As a Web Designer, Web Developer, it can be advantageous to gain an understanding as to how Pros put their sites together. HTTrack downloads the entire html translated site. Protected or encrypted directories won’t download, but most of the files and directories will. Great tool. Or,what if you like the content of a particular site? Whatever content that is?

Or, what if you want to use elements of a particular site? Need I go on?

Taken from their site:

Notepad++ is a free (as in “free speech” and also as in “free beer”) source code editor and Notepad replacement that supports several languages. Running in the MS Windows environment, its use is governed by GPL License.

Based on a powerful editing component Scintilla, Notepad++ is written in C++ and uses pure Win32 API and STL which ensures a higher execution speed and smaller program size. By optimizing as many routines as possible without losing user friendliness, Notepad++ is trying to reduce the world carbon dioxide emissions. When using less CPU power, the PC can throttle down and reduce power consumption, resulting in a greener environment.

So many of the media players available have more bells and whistles than one could want or use. Foobar2000 is a Windows based media player with cool features, but it keeps it simple. I use it for it’s simplicity and that it adopts all the codecs on my machine. No ups, no extras just music how you want to hear it.

No big deal this post, just some cool stuff.