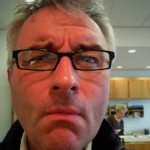 If you ever get interested in learning more about the digital virtual world, I suggest you start my listening to Leo Laporte, the tech guy. Leo had a popular TV series called TechTV which ran from 1998 – 2004. TechTV was extremely popular for a tech-related show, it was broadcast in 70 countries and reached 43 million households. In 2004 Comcast’s G4 gaming channel merged with TechTV and soon dissolved the show much to the dismay of loyal fans.

Leo currently airs a radio show on weekends, 11am-2pm, on clear channels AM KFI 640 in Los Angeles. His show touches on everything digital, computers, cameras, TV’s, home theater, wi-fi, iPhones, iPods, phones, etc. Leo accepts calls during the show and will help even the most technically challenged. His shows can also be viewed via video podcast on his site Leoville.com, compliments of STICKAM.

Leo also offers several FREE video and audio podcasts on another website, TWiT – This Week in Tech. I highly recommend browsing through the volumes of information Leo freely provides for anyone interested in tech, or even just for fun.